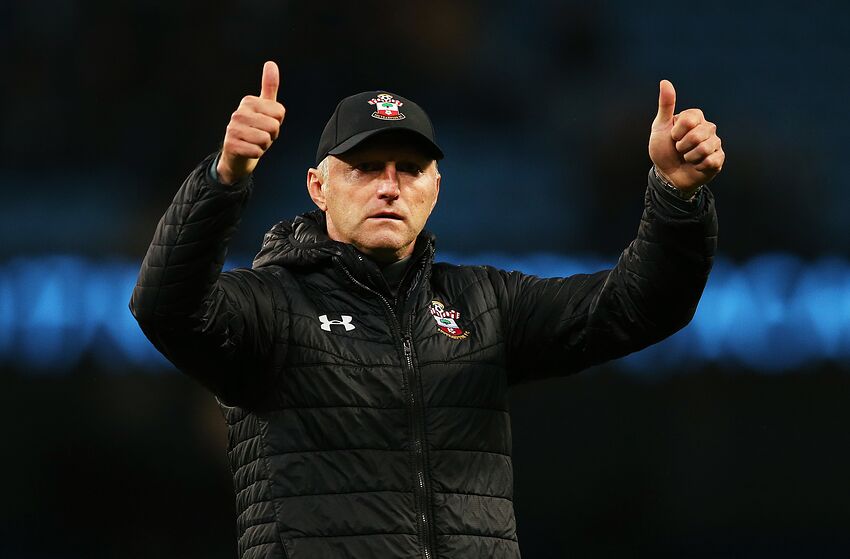 Looking to respond after their 9-0 drubbing at the hands of Leicester City, Saints took a shock lead in the 13th minute when James Ward-Prowse bundled in a rebound from close-range.

But two City goals from Sergio Aguero and Kyle Walker saw the hosts claim their win in the last 20 minutes of the match.

“I feel sad about the result, but proud of my players for what they put on the pitch today. It was exactly what everybody wanted to see; a reaction. It was an unbelievable defensive, disciplined performance, working against maybe the best footballing team in the world who didn’t really have too many chances, so it was fantastic what they did. In the end it was disappointing we didn’t get any points, only a few warm words, but it was important to show our fans we are better than we showed last week.”

It is certainly clear that Saints built further on the progress that they made in their cup defeat to City last Tuesday.

There they showed some decent structure in defence but saw individual lapses and some luck cost them overall.

Then they took another step forward on Saturday when they managed to gain the lead and hold onto it for 70 minutes in testing circumstances.

City had exactly 75% of the ball throughout the 90 minutes, but it was Saints who had the three shots on target of the first-half despite their opponents’ dominance.

Many pundits and fans of other clubs would have seen no other outcome than another heavy defeat for Hasenhuttl’s men, but Saints produced a great response in reply to all of the jokes and jibes that have been headed their way in the past week.

Now, it will be vital that they maintain this level of performance in what looks like a run of games that could salvage their season.

Out of sorts Everton and out of sorts Arsenal are played either side of the upcoming international break, whilst further games through November and December against Watford, Norwich, Newcastle, West Ham and Aston Villa look pleasing on paper.

Everton’s point against Spurs yesterday means that Saints are now three points inside the relegation zone, but the table remains so unpredictable and congested that they are also only five points from the top half.